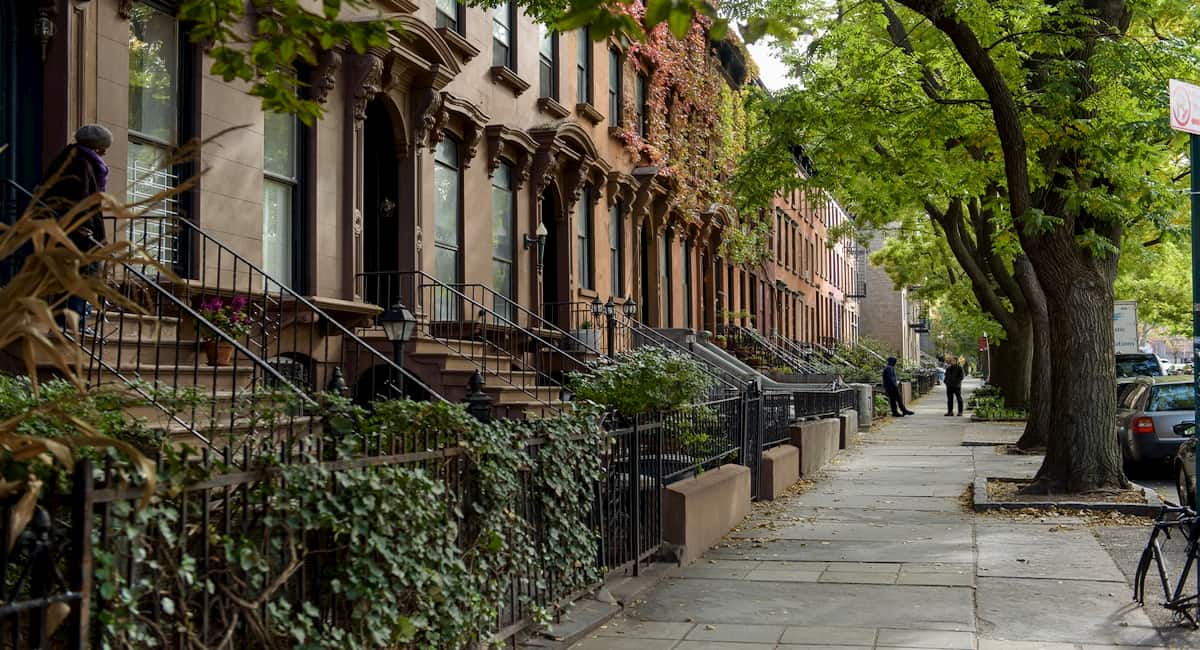 Best Neighborhoods in Brooklyn to live in

Brooklyn is by far the most desirable outer-region to live in, in case you are considering moving to the hippest area of New York. Each neighborhood is unique, distinct and brags of its own personality. Whether you are in New York City for the very first time or you have been a resident for a long while, you will come to the realization that searching for the best neighborhoods to reside in is such an exciting undertaking. The excitement is owed to the fact that unlike the normal process of searching for a house in other regions, which is known to be a grueling process that involves conducting research solo and spending hours sifting through hundreds of listings, in Brooklyn it gets easy. This is because there is plenty of research, census data and even high profiled opinion pieces that are readily available to aid in identifying some of the best neighborhoods to reside in.

In order to ease the search for the best neighborhood to live in, below is a list of some of the top neighborhoods you should check out. Keep in mind, some of the key neighborhoods in Brooklyn include Park Slope, Williamsburg, Green Point, Dumbo and Brooklyn Heights. From these, choosing the most suitable one for you taking into consideration your preferences might seem like a challenge at first.  What you should know is that as a prospective homeowner or renter, you should completely avoid the mistake of only focusing on the square footage and pricing. Identifying the best neighborhood in Brooklyn to live in can be just as challenging as in other regions if you ignore some basic facts. It is therefore advisable to take time and do some background checks prior to zeroing on any one neighborhood.

Certain neighborhoods, especially those in the northwest areas of Brooklyn, have been identified as having turned into real estate hotspots in spite of the unpredictable nature of the real estate market at the moment.  In fact, anyone owning an authentic brownstone that was built around the end of the century holds priceless equity that clearly is worth much more than a blue-chip stock. For all the young professionals across the country, Brooklyn has become the best place to live in. The pricey rent and the high home prices prove this.

The most suitable way to scoop out the best neighborhoods in Brooklyn to live in is by visiting each in person. This you should do preferably on a nice day when people are out just to give you an actual feel of what the neighborhood is about. Do not restrict your choices solely to real estate agents or guidebooks. Focus more on seeing things for yourself and then drawing up your own conclusions. Speaking of which, here is a closer look at some of the most livable neighborhoods in Brooklyn. They include:

For close to 30 years, this neighborhood has been greatly sought after by young mobile professionals. This has, in turn, made it ascend to the top to presently being considered as a true yuppie community. Popular opinion is that it is one of the best neighborhoods to raise children owing to the level of security and the social amenities available. The public learning institutions are excellent plus there are several other high profile private learning institutions within the same neighborhood.

Many of the streets in the area are characteristic of a large turn of the century kind brownstones which amazingly are still in pristine conditions. New restaurants have also been known to keep popping up around 5th and 6th avenue. 7th avenue, on the other side, is a hopping shopping street that’s always full of life.

Looking back, the Park Slope wasn’t always cheap. At the moment, however, apartment rental or home prices are amongst the highest in the city but you will realize it’s truly worth it in the long run. This neighborhood is primarily preferred by young professionals as well as singles between the age of 20 and 30 and a few newly married couples.

Looking back, this neighborhood hasn’t really changed much in close to 50 years. It is however different from the other known neighborhoods such as Carroll Gardens, Cobble hill, Park Slope, and Boerum Hil, all of which are within the same region. Bay Ridge is a perfect example of a blend of the new and the old. One of the things that make this neighborhood stand out is the fact that: while other neighborhoods boost of having a neighborhood feel, Bay Ridge boasts of a small-town feeling.

Overall, the Bay Ridge has gradually grown into a thriving neighborhood that boasts of amazing shopping,  for instance, 86th street being a beehive of activity and some excellent restaurants along 3rd Avenue. The neighborhood is dominated by married professionals in their late 30s especially those with children. The neighborhood is, however, most attractive to couples who would prefer being close to outdoor spaces.

These two neighborhoods are bordered by Queens to the east, Newton creek to the north, Flushing and Kent Avenues to the South and lastly the East River to the West. It is North 7th street that separates Williamsburg and Green Point (with Williamsburg being to the south and Green Point to the North). As strange as it may sound, like two completely different countries separated by a border, these two neighborhoods are extremely different in terms of their geography. In fact, even people who emigrated here and the industries which spawned afterward are completely opposite.

It is commonly referred to as the Mew Soho. This is because it has for a while been serving as the home to not only aspiring but also already established artists and musicians. In fact, even successful professionals and their families have largely moved into this neighborhood and frequently use the subway, take the bus service or even ride bikes to Manhattan almost on a daily basis. Just as it is the case with Park Slope and Bay Ridge, Williamsburg ceased from offering cheap digs. The neighborhood is inhabited by a rather vibrant mix of people ranging from Puerto Ricans to Hasidic Jews etc.

Even though many sections of Williamsburg have presently become more expensive than Manhattan, you still stand to get value for your money. Bedford to metropolitan, which is the main strip, is dotted with world-class bars and amazing restaurants.  McCarren Park is the neighborhood equivalent of the central part though considered slightly more cool. It has several amenities from dog parks to bike share and even green spaces. The median home value in this neighbor is something slightly shy of a million dollars and reports indicate that it is likely to continue further rising over the next few years.

Considered one of the best neighborhoods in Brooklyn to live in, the overall popularity of this neighborhood is responsible for raising its status to one of the neighborhoods with the highest rent in the city. As a result, in the event that you do find a house that fits your budget, trust that you will be living in a vibrant, walkable and extremely stylish neighborhood which guarantees you a chance to socialize widely and constantly make new friends for years to come.

Greenpoint, Williamsburg less expensive neighbor towards the north and once a rich and fertile farmland, is dotted with sprawling farms, cattle, and sheep. This neighborhood was originally inhabited by Indians through to the late 18th century. This neighbor is dotted with artists’ studios as well as galleries, restaurants and small boutiques along its avenues. Most of the larger expanses around the neighborhood are residential and Most of the commercial activities are centered along major strips such as Manhattan avenue etc.

There exists a large Polish community meaning you can easily get pierogis almost at each deli. This neighborhood is many things but not cheap. It is largely inhabited by a diverse blend of Polish, Italians, Irish and Hispanic communities. There are also multiple generations, working-class immigrants, etc

It is extremely difficult to point out any Brooklyn neighborhood that’s obscure. Situated between the Bay Ridge and Park Slope, Sunset Park, however, seems to be a well-kept secret. In fact, it is considered to be one of the most diverse neighborhoods in New York. Its profile has however lately been on a steady rise owing to the troops of families that have been priced out from neighboring Park Slope neighborhood that seems to be slightly pricier. To a large extent, the revitalization of the waterfront areas has also contributed to this neighborhood’s current status.

It is also very important to note that Sunset Park is home to Brooklyn’s well-known China Town plus there is a Latin American quarter as well, all of which collectively make this neighborhood stand out. The neighborhood’s Waterfront area that is undergoing revival is set to make Sunset Park start rivaling other hip spots such as Williamsburg or Gowanus. Compared to many of the other neighborhoods in the region, it is considerably cheaper. This is clearly evident from the fact that the median home value is around half a million dollars. Reports, however, indicate that over the past few years, prices have been steadily declining but recent predictions are that they’ll jump up again in the coming years.

It is considered a much cheaper alternative to adjacent neighborhoods such as Fort Green and Prospect Heights. It is also characteristic of its own unique personality and serves as home to Pratt Institute Of Art. In fact, this neighborhood brags of enough sculptures and murals to boast of an arty edge. However, at its very core, it is a rather quiet residential neighborhood comprising of a mix of residential apartments and parks.

Another thing that makes this neighborhood stand out from the rest is the fact that it also has an amazing historic district featuring mansions, believed to be from the Gilded Age. The rest of the neighborhood is a mixture of brownstones, Victorians’ houses and other apartment buildings. Believed to host one of the greenest spaces of almost any neighborhoods in the region, the neighborhood also boasts of many tree-lined avenues.

In case you are interested in a historic showcase of your neighborhood of choice, then look no further than Carrol Gardens. Considered the heart of brownstone Brooklyn, it is characteristic of both modern and historical architectural styles. There also exists a rather top-notch culinary scene, loads of extremely fashionable boutiques, yoga studios, bars, and restaurants. As a matter of fact, Carroll Gardens is widely considered to be one of the best neighborhoods in Brooklyn for fairly trendy families as well as young upcoming professionals.

A short commute to Manhattan, Carroll Garden has established itself as a kid-friendly neighborhood. This is a plus for you in case you have kids. 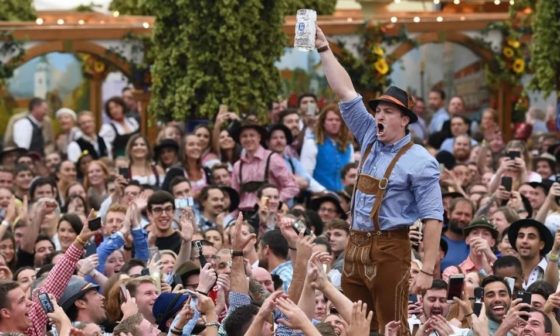 Read More
TTravel
Oktoberfest in Munich This blog post dated September 18, 2019 has some updated content to go along with…