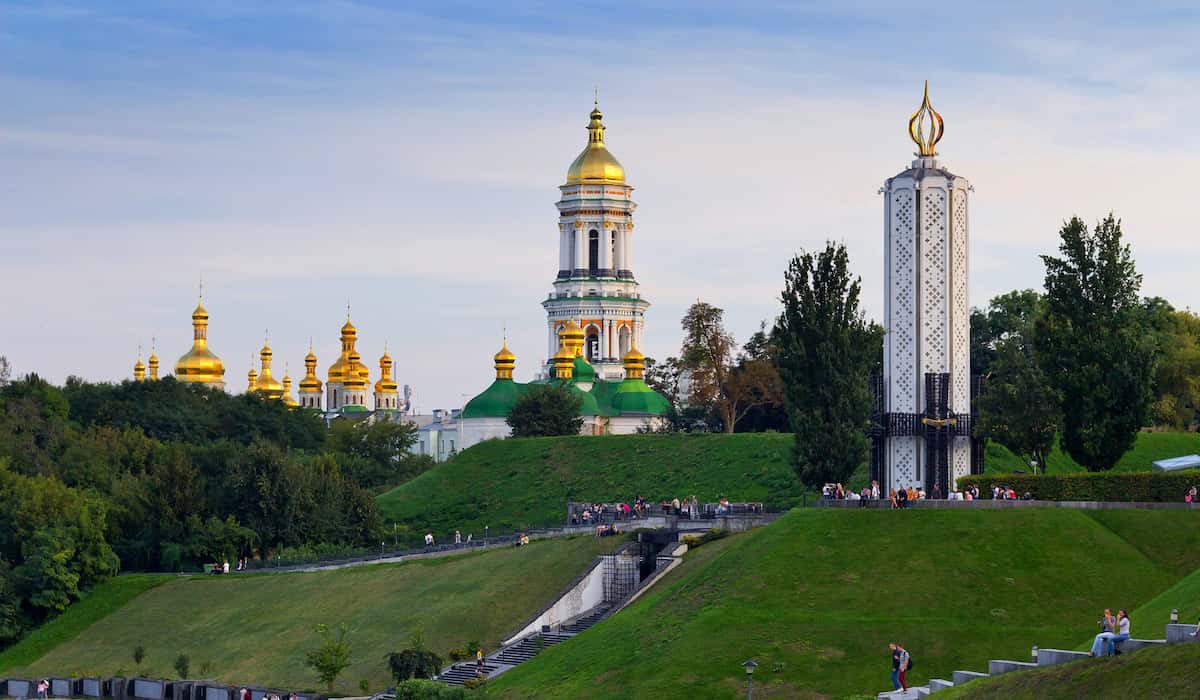 Ukraine, What Kind Of Country Is It?

In Ukraine, you can just go and get a visa on arrival, which is an infinite temptation for Chinese citizens (see my other travelogue for visa on arrival strategy: test for Ukraine visa on arrival: click on the link: http://www.mafengwo.cn/i/7326359.html)

In Ukraine, you can experience the blue sky, white clouds, and green leaves.

In Ukraine, the spring is colorful and the summer is cool. When I came on vacation, it was 40 degrees hot at home, but in Ukraine at 25 degrees, it was cool enough to make people feel luxurious.

In Ukraine, you can experience Europe and pick up pieces of memories of the former Soviet Union, a place where you can fully experience the exoticism.

In Ukraine, healthy and green food, coffee, and beer are enough to make you want to leave, not to mention the milk, honey, Kvas, etc. that fascinate us.

In Ukraine, you will feel as if you have fallen into Utopia with warm, simple, and friendly people.

In Ukraine, the art paradise, street music, ballet in the theater, art in the museums. The art that is so admired in the country is within reach here, everywhere.

In Ukraine, the prices are so low that you won’t want to open your wallet. How cheap is it? The aromatic freshly brewed coffee on the street is capped at $5 a cup.

In Ukraine, you will never get tired of natural landscapes, humanities, religious architecture, historical sites, shopping, and food.

In Ukraine, more highlights are waiting for you to experience. I, responsible for your advice here, answering questions.

First of all, I would like to give you some basic geographical knowledge. If you land in Kiev airport (usually Bolispol airport), you are actually located in a small town on the east side of Kiev, from where the price of a taxi to the city is 10-20 USD. Kiev is located on both sides of the Dnieper River, which runs from north to south and divides Kiev into two banks (the east bank is the left bank and the west bank is the right bank, as the locals call it). The right bank is the old town, where basically all our main attractions are located. So if you book a hotel online, it will be more convenient to choose a hotel near the subway station on the right bank (west bank). The left bank (east bank) is the new city area, where there are many new neighborhoods, and the rent is relatively cheap. But the disadvantage is that the basic tourist attractions have to cross the river to get to the other side of the river.

Well, at the airport you can exchange some dollars, not too much, 50 dollars maximum. Because the exchange rate is better in the city. Then, you can go to buy a phonecard, Ukraine’s telephone network 3G, and the domestic Unicom network system is the same, there are three companies most common, Vodafone, Kyivstar, Lifecell, the first I have not used, the latter two are good, this time I personally used Lifecell, remember to tell the staff when buying, you want internet The Russian pronunciation of internet is close to that of English, so people can understand it. Before you go abroad, you’d better have Viber International, Google Maps, booking.com, WhatsApp or Viber on your phone, and translation software, because Russian and Ukrainian are still the main languages there. Personally, I speak Russian, and as far as I know, the app, Translator Abroad, will do. Both Russian and Ukrainian can be translated. Believe me, you’ll get a lot of use out of it.

Change money, do not have to go to the bank, as long as you see such a sign on the street, you can go in and change, of course, a simple comparison of the exchange rate, do not do the wrongdoer, change the exchange rate is not cost-effective Oh. Well, money money, we have money. (Kiev Most of the shopping malls can use Visa and MasterCard. What? CUP? Oh … can hardly find …)

Next, our itinerary is to go around the city, Kiev’s most convenient and stupid indoor transportation is the subway. (You said it was a rental car? Okay, you’re a good guy, but the good news is that rental cars aren’t too expensive). The subway stations in Kiev all look like this: an M sign (mostly green), and when you get inside, you can buy a subway coin from a manual window or an automatic machine. The subway coin is dropped into the gate when you enter the station, the ticket price is independent of the distance, and the price is the same everywhere you go, and comes out directly when you leave the station.

This is the third subway line in the Soviet Union after Moscow and Leningrad, planned before World War II, but first opened in 1960. Two of them are worth mentioning: the Arsenalna station on Line 1, which is close to the Pechersky Cave Monastery, which we will recommend as a must-see next, and is the deepest metro station in the world, at 105.5 meters above the ground. Another station is Zoloti Vorota (Golden Gate) on line 3, which I consider to be the most beautiful platform of the Kiev metro. The entire station is covered with mosaic murals that will take your breath away. 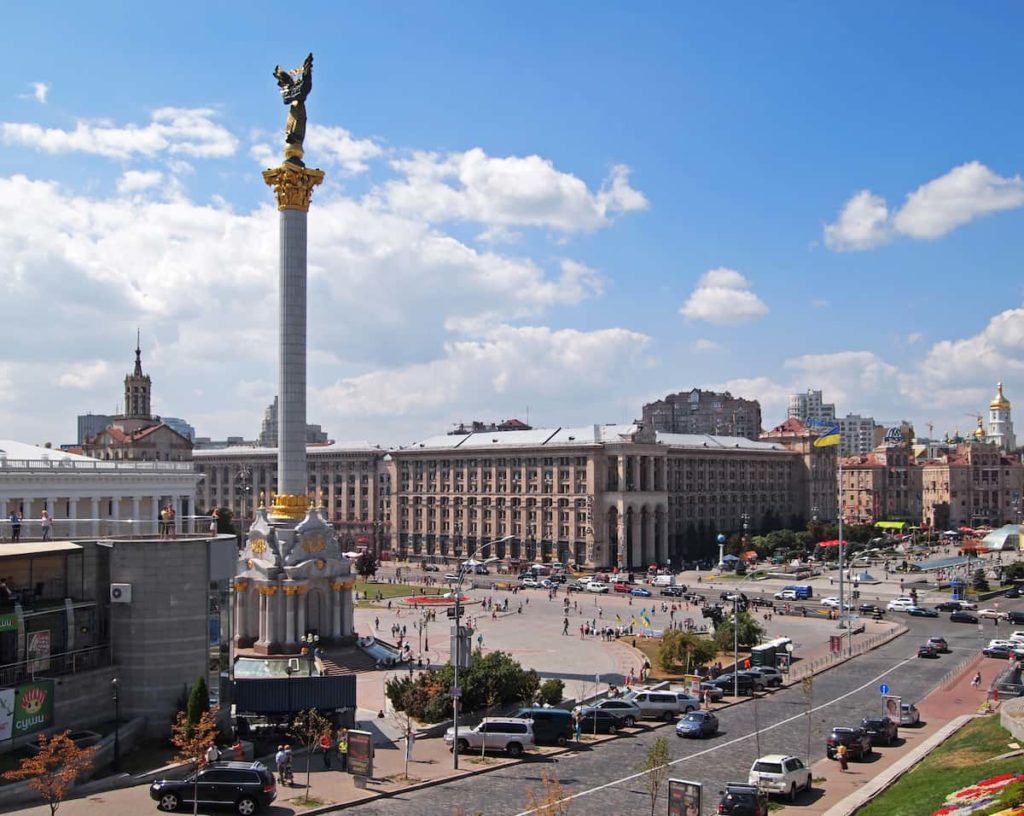 Kiev’s Independence Square (Maidan Nezalezhnosti) has historically been the center of Kiev and the site of major events and gatherings, similar to Beijing’s Tiananmen Square. Ukraine’s most famous times in recent years, whether it was the Orange Revolution in 2005 or the political demonstrations in 2014, took place here.

Independence Square is home to a towering stone pillar with an angel of Kiev’s Goddess of Independence; note her hands raised outward, an image of prayer for Ukraine. The Hotel behind the pillar is the Ukrainian Hotel, and the quadrangular building with white Roman columns next to the pillar is the Tchaikovsky Conservatory in Kiev. On the ground floor of this square is a small shopping center with not only clothing brands like Tommy Hilfiger, but also cosmetic stores like Brocard, where ladies will surely be willing to go shopping. If you’re hungry, you can also find a full range of fast food in the underground mall. 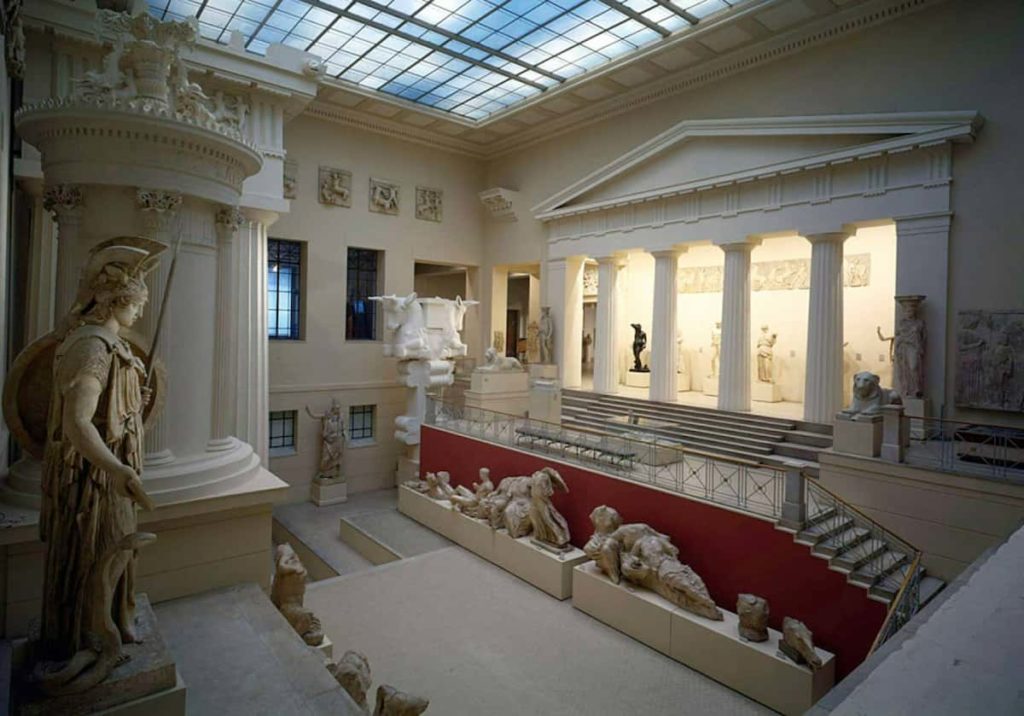 If you walk up the street where you buy snacks, you will see the Kiev Opera House and remember to check out the performance schedule. There is usually a rich program of performances at all times of the year, except July-August. You should know that here you can watch an international standard ballet (ballet is recommended, opera may be a bit difficult for everyone), Swan Lake, Nutcracker. Performances are usually in the evening. Get your tickets in advance and enjoy the shows.

Walk along with the Kiev Opera House to the right of the photo above and you’ll soon be back at another Kiev attraction, the Golden Gate (Zolotí voróta), a restored ancient Kiev city gate, and a Kiev landmark. This gate was first built in the 11th century in the park and was the main gate of Kiev. It is believed to have been built in reference to the Porta Aurea gate of Constantinople. In 1240, the gate withstood the Mongol attack but was eventually breached. This gate is the symbol of ancient Kiev. 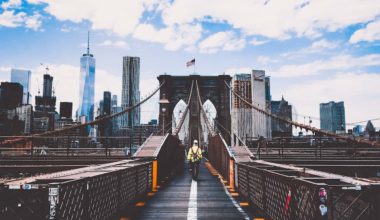 Read More
TTravel Planning
Table of Contents Make sure to check out these master works of architecture, and come face-to-face with the… 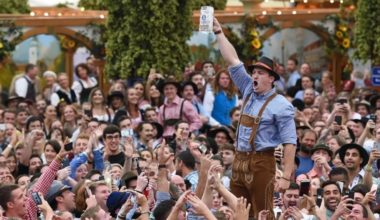 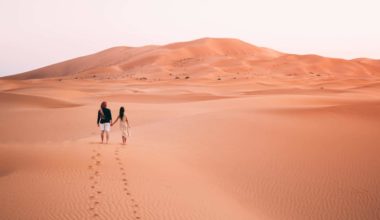 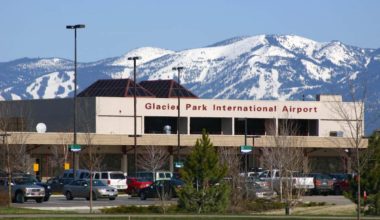 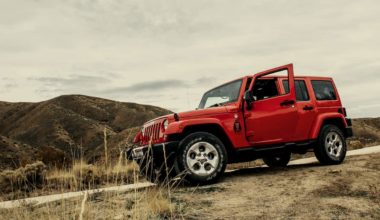